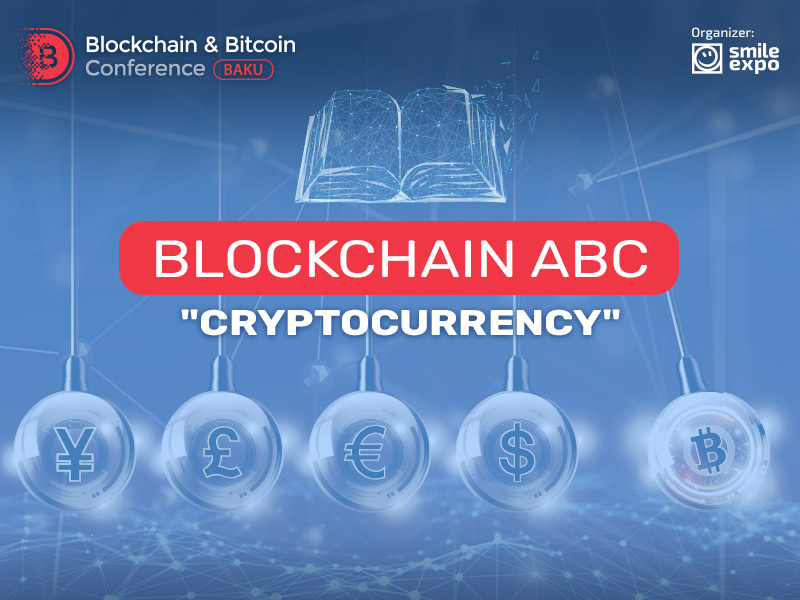 Cryptocurrency is a kind of digital money, created and controlled through cryptography. The term appeared in 2011, when Forbes published an article titled Crypto Currency. It is noteworthy that the cryptocurrency developers used other name before – electronic cash.

There are more than 2 000 types of cryptocurrencies, the most famous of which is bitcoin. It has open source code, so most cryptocurrency developers use it to create their own coins. All currencies, based on the bitcoin code, are called altcoins. Altcoins can be its improved and modified versions or have very similar characteristics.

Cryptocurrencies have many differences compared to regular money. Their main feature is that each coin has a unique transaction code that prevents copying and ensures complete anonymity of the owner.

Many people compare cryptocurrencies with fiat money, but they have little in common. Fiat money is a currency asset declared by the government as a legitimate mean of payment. Similar to cryptocurrencies, they are not provided with internal reserves. But one can still transfer them to physical assets.

Unlike fiat money, cryptocurrency cannot be converted into cashed – it exists only in the digital form. The virtual currency accounting system is also decentralized: in most cases, internal and external process administrators are users, and not a specific group of persons.

The absence of any intermediaries in the cryptocurrency operations provided huge success.

The main advantages of cryptocurrency are:

Since the cryptocurrency system is still new and not fully explored, it is too early to call it a perfect one.

The disadvantages of cryptocurrency are as follows:

The most reliable and popular coins are:

Bitcoin (BTC) is the first and most expensive cryptocurrency created by a developer or a development team under the pseudonym of Satoshi Nakamoto in 2009. As of June 2018, the cost of BTC is $6 761. A distinctive feature of bitcoin is the speed and cheapness of transactions.

The number of bitcoins is limited: there are only 21 million coins. According to experts, they can run out by the middle of the 22nd century.

As the popularity was increasing, digital “gold” couldn’t manage to cope with the demand. Since the system doesn’t have a single control center, 99% of users had to vote for making changes to the bitcoin code. It is quite obvious that people around the world couldn’t reach agreement. Therefore, when some users decided to improve bitcoin performance, a hard fork appeared: the virtual currency was divided into Bitcoin (BTC) and Bitcoin Cash (BCH).

After some time, Satoshi was created for the convenience of conducting transactions. It is the minimum possible amount in the Bitcoin network, comparable to a cent. One Bitcoin token consists of 100 million Satoshi.

Bitcoin Cash (BCC/ BCH) appeared as a result of the bitcoin chain division. It is identified with two different tickers on the exchanges: BCC and BCH, but this is the same currency. To get bitcoin cache, first, one need to buy regular bitcoins on the exchange.

Ethereum (ETH) is a currency that operates through smart contracts. The advantage of ether over other currencies is that its system minimizes human interference as much as possible, and it is a machine that make and draw up contracts.

Litecoin (LTC) is an altcoin, founded by a former Google employee Charlie Lee in 2011. This currency is very similar to bitcoin, however, the transaction speed is higher: 2.5 minutes for LTC vs. 10 minutes for BTC. Similar to bitcoins, the number litecoins is limited number – 84 million units.

Ripple (XRP) is a cryptocurrency, in which the code is written from scratch. Ripple was created in order to increase the speed of banking transactions and save on them. The technology is already being used by Bank of America and HSBC. Unlike bitcoin and ether, the Ripple cryptocurrency cannot be mined. It is a centralized system, where all digital money already exists and belongs to one company – Ripple Lab.

Darkcoin (DASH) is completely anonymous currency. Due to the fact that it often traded on the black market, darkcoin has a dubious reputation. It is impossible to monitor other people's transactions in the Dash system: data about them is not published in blocks. Operators are responsible for this process – it is another difference from the bitcoin system. Operators, as well as miners, process information on their computers and receive cryptocurrency for it.