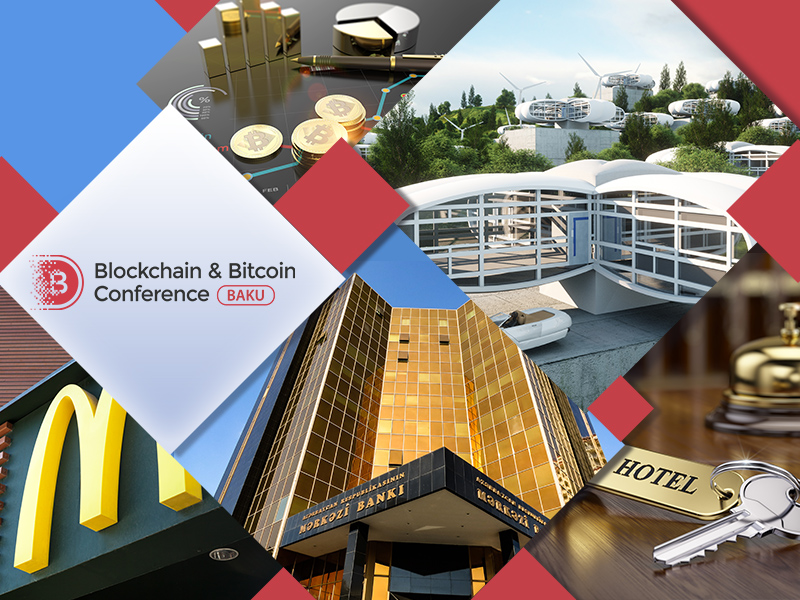 A blockchain village will emerge in the Netherlands, the first crypto exchange approved by the government will appear in the EU, and customers can book a hotel room for cryptocurrency in Azerbaijan. What else is the crypto industry memorable for this week – find in our digest.

The Central Bank of Azerbaijan has summed up the results of the tender for the stage-by-stage development of the Digital identification system. Two companies won three lots.

Lot №1 assumes that the company will provide expert services for the creation of the Digital identification system based on blockchain. IBM East Europe/Asia won the lot. Now it has six months to develop a plan for blockchain-based digital transformation.

Lot №2 assumes that the company will build a technical platform for the whole system. The Turkish distributor of electronic components and communication equipment Sanmar Elektrik Ve Insaat Malzemeleri Sanayi Dis Ticaret Ltd Sti won the lot. The company has three months to provide the Central Bank’s building with the required technical platform.

Lot №3 assumes that the company will create the blockchain-based identification system. IBM East Europe/Asia won the lot. The team has 18 months to fulfill the task.

Booking a hotel room for cryptocurrency

Owing to this collaboration, users will be able to book a room on the website and pay for various tourist services using Bitcoin Gold (BTG). However, this is true only for hotels located in Azerbaijan.

According to the CTO of Hotels.az Anar Abbasov, the team wanted to give users as many payment options as possible. Today the portal offers twenty payment methods.

A coin from McDonald's

A popular fast food restaurant chain McDonald's announced the launch of a souvenir coin called MacCoin. As far as many mass media spread news saying that it is a digital currency, we would like to inform that MacCoin is not a cryptocurrency but just a souvenir coin. The company notes that the promo offering commemorates the fiftieth anniversary of Big Mac (that first arrived in 1968).

Customers get MacCoins for buying Big Macs. You get one coin per visit to the chain, no matter how many burgers you buy at a time. After August 3, customers will have a possibility to exchange one coin for one Big Mac.

The special offer involves 14 thousand restaurants in 50 countries all over the world. The US only will release 6.2 million coins.

Blockchain village in the Netherlands

Authors want to buy 20 hectares of land in Almere. They plan to establish a settlement, where the infrastructure will be based on blockchain and artificial intelligence.

It is expected that a special bank will take into account how much time inhabitants spend on community service (cleaning of streets, elderly care, etc.). For doing that, they will be given discounts to use swimming pools or fitness centers.

There will be no cars in the high-tech settlement, people will ride bikes or use public transport instead (supposedly electric).

Overall, 203 houses are planned to be built. Their price varies from 200 to 850 thousand euros. The construction will start after the successful round of financing takes place and the approval from the local administration is received, approximately in 2019.

The first official crypto exchange in the EU

The first crypto exchange approved by the authorities appeared in the European Union called Blocktrade. For the first time ever the exchange works in compliance with MiFID 2, the directive that regulates trading operations and ensures the protection of players.

The platform will start to operate in September, and meanwhile it offers only registration. Trading will involve five cryptocurrencies: BTC, ETH, LTC, XRP, and BCH. More assets will be engaged in the future, but the exchange will give preference to tokens developed observing the financial legislation.

The CEO of Blocktrade Luka Gubo notes that the exchange is an ideal example of administrative regulations applied to a new asset class. He believes that the project will attract attention of institutional investors to the entire crypto industry.