Blockchain on ground, on the sea, and in the sky: digest of week’s major crypto news 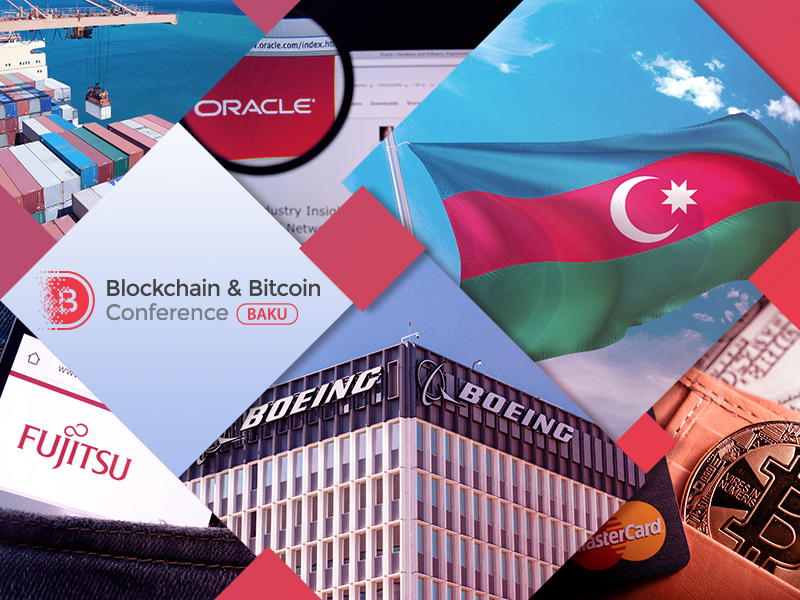 Blockchain technology has already entered almost all sectors: from banks to shipping companies. Read our fresh digest about the key news of the cryptocurrency world prepared by Blockchain & Bitcoin Conference Baku.

Boeing, one of the largest manufacturers of aviation and space equipment, along with SparkCognition, is going to integrate blockchain technology for monitoring unmanned aerial vehicles. Developers state that it will allow to allocate routes so that they will as safe and efficient as possible.

In the context of cooperation, companies will also create a standardized software interface for other commercial apps.

By the way, Boeing HorizonX Ventures has previously invested in SparkCognition to support the development of a cognitive platform providing security and reliability of data transfer.

Oracle to launch its own blockchain platform

“Blockchain is one of the most transformative technologies of our generation. With Oracle’s platform, enterprises can enhance their business, eliminate unnecessary processes, and transact with their distributed networks more easily, transparently and securely than ever before,” executive vice president Amit Zavery said.

Mastercard has promised more profitable transaction conditions within the blockchain network to its customers.

The report of the United States Patent and Trademark Office (USTPO) states that the amount of people utilizing cryptocurrencies is growing, while the speed of transaction processing is still far from perfect.

To reduce the transaction processing time, Mastercard offers to introduce an upgraded type of user accounts. In such a way, cryptocurrency transfers will be conducted via existing payment systems used for fiat currency transactions.

According to Mastercard developers, it will significantly decrease the transaction processing time, which is now approximately 10 minutes.

A Japan-based IT corporation is developing a blockchain system that will allow to create minimum viable products in five days.

Such a solution is designed for the fast development of new products or the supplement of existing ones. The work will result in the launch of a ready-made business process.

Fujitsu believes that this approach will allow companies to train as quickly as possible, assessing the feasibility of thought up concept within a short time. Hereafter, it will help to avoid common mistakes in the implementation of blockchain projects.

CrimsonLogic, a Singapore-based e-government service provider, has announced the launch of a blockchain platform aimed at cross-border trade.

The project goal is to provide harbors, shipping companies, and other public sector customers with the possibility to view and transact trade-related documents in the blockchain network.

“We believe that our blockchain technology can help create greater trust amongst cross-border traders in ASEAN (Association of South East Asian Nations) and along China's Belt Road Initiative and Southern Transport Corridor. Trade volume between ASEAN and China would become the single largest transaction between two regions and we hope to facilitate this,” Eugene Wong, Chairman of CrimsonLogic and GeTS, said.