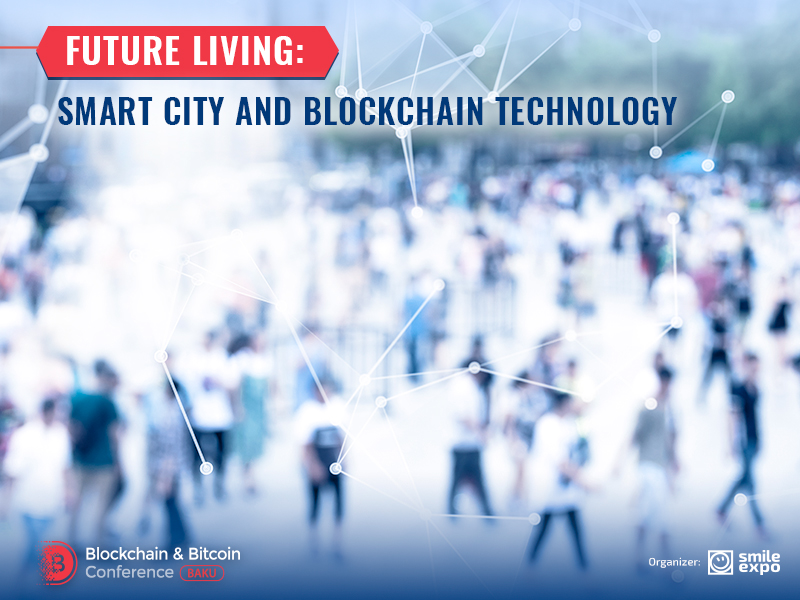 According to McKinsey, the amount of high-tech cities will grow worldwide: analysts predict that their number will increase up to 600 over the next two years. It is the blockchain technology that plays an important role in the organization and optimization of urban space.

The urban development based on modern technologies and innovations includes the Internet of Things system and blockchain. The distributed ledger technology is able to increase the efficiency of many public processes and service provision. It especially refers to the sectors requiring the processing of big data: healthcare, finances, administrative issues, fair and transparent election without huge expenditures.

Blockchain can automate the following processes:

However, technology opportunities are not to end here. In particular, blockchain is able to simplify the settlement of energy consumption accounts and help to receive smart meter data faster. The blockchain-based system can receive necessary information and debit user accounts automatically. It will significantly save both time and human resources, excluding needless intermediaries from the process: service companies and payment operators.

Therefore, blockchain is creating a new and convenient model of the city infrastructure. This pattern unites population cooperation, authorities, and smart appliances into the common scheme.

Cities on blockchain: the world's practice

A lot of global megalopolises are integrating blockchain solutions into their infrastructures. Even whole counties are trying to shift the government control system to the distributed ledger technology.

In 2014, the state authorities launched a special program for developing the smart city system. Currently, Dubai is ranked first in the world in terms of the amount of smart projects, both planned and implemented. The fully electronic document management is not a dream but a real idea of local authorities.

The capital of the UAE already has self-driving trains and automatic sensors, while blockchain is being integrated into healthcare, business registration (the Dubai Blockchain Business Registry platform), travel, and trading industries. Sheikh Hamdan bin Mohammed bin Rashid Al Maktoum supports the technology development with his own funds.

By 2020, according to the authorities, Dubai should become the first comprehensive smart city on blockchain. To develop new systems and platforms, the government cooperates with Google, IBM, and many other globally renowned companies. Other UAE cities, for example Masdar, are also integrating blockchain technologies.

The Chinese authorities are also focusing on the integration of blockchain into housing and utility processes: they have decided to start the process of economy digitalization in Yinchuan. One has developed an operational concept of the municipal system based on the distributed ledger.

The transportation industry is going to integrate blockchain-based novelties as well: a local car manufacturer called Wanxiang has introduced a blockchain platform for controlling and monitoring the battery consumption of urban cars. It will allow citizens to reduce transport expenditures.

Brooklyn has developed the whole network based on blockchain that helps to sell extra electricity. Brooklyn Microgrid operates using Ethereum contracts and allows inhabitants to exchange electricity. Similar networks, while not completely regulated by the law, allow citizens to use electricity autonomously. The network does not depend on the common municipal one and can function even in case of power outages. Besides, it is totally eco-friendly.

RWE, a German-based energy company, has created a system based on Ethereum blockchain for the autonomous recharging of electric cars. Approximately one hundred stations will be located within Germany and will allow to recharge cars quickly and without third parties. The system will operate using the Share&Charge app and smart contracts. The latter will help users to find fuel stations, control expenses, and immediately pay for recharging.

The authorities of Estonia have shifted state sectors rather than a single city to blockchain. It was made in 2012: the distributed ledger technology was then applied in the healthcare sector, courts, and commerce. Primarily, it provides the security of local inhabitants.

Prospects for blockchain-based cities in future

Life in big cities is quite dynamic, and the interaction among the variety of inhabitants as well as public and private establishments are often difficult and confusing: traffic jams, overpayments for housing and utility accounts, queues in government facilities. Blockchain technology is able to substantially simplify the majority of processes, but it is not quite easy to start applying solutions based on it.

The integration of blockchain into the smart city system as smart contracts and complex scenarios is the most efficient, but this concept should be thoroughly elaborated. Moreover, the status of blockchain requires legal regulation at many stages. However, it is worth doing, as the digital economy is able to simplify a plenty of processes in social life, financial sector, and ecology.