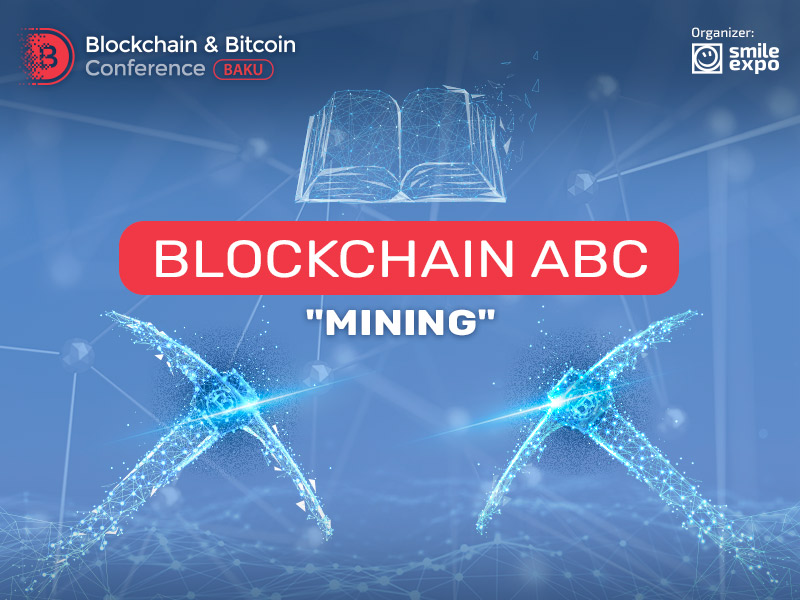 In general, mining means the process or industry of obtaining coal or other minerals from a mine; the term was used by gold diggers as well. But today, miners also obtain digital currencies.

This article will explain what mining is, why it depends on the equipment quality and how miners cooperate to get cryptocurrencies.

Mining is the process of creating new blocks in blockchain for a reward in cryptocurrency.

It resembles the extraction of gold, except that the process takes place in the crypto world. Miners are gold diggers interested in enrichment. Some of them hope for success, others equip themselves with picks and chemical alloys to speed up the process, and some team up, sharing the reward equally.

Just like gold diggers, miners need good equipment – powerful video cards with a large amount of memory or processors with graphics adapters, and the more the better. Cryptocurrency mining also requires a lot of electricity, so one needs to get ready for big investments at the initial stage.

Similarly to the world's gold reserves, amount of the majority of cryptocurrency is limited, for example, bitcoin will run out in the middle of the 22nd century.

The activity of miners ensures the integrity of the whole blockchain system –they receive a reward by this very reason.

Hash rate is a certain figure that determines technical capabilities of the equipment. The more power the processor has, the more hashes it can find. Powerful equipment increases the opportunities of a miner, since the reward is distributed among the participants depending on the resources invested.

To a certain extent, a hash rate is equivalent to the amount of energy given to the platform by all its users.

However, it is not easy to force miners to accept the transaction. Miners select unconfirmed transactions according to the size of a reward they will receive for processing. It is just a market relation principle: employees chose those employers who pay more.

RBF (Replace-By-Fee) is a replacement of an existing transaction with a new one with higher commission. This function increases the reward amount so that the transaction is quickly chosen and confirmed.

DAG file is a data block larger than 1 GB, used to search for solutions on the blockchain network through the Dagger Hashimoto algorithm (the latest version of the algorithm is called Ethash).

The size of a dag file determines how much memory is required by CPU or graphics card for mining. This indicator is constantly increasing. If the memory capacity of a video card doesn’t match the size of the dag file, it won’t be able to mine.

ASIC is a microcircuit designed to solve a specific problem. Unlike, regular integrated circuit, specialized one performs strictly limited functions.

For example, ASIC for mining is optimized for searching hash functions and doesn’t spend energy on unnecessary tasks.

Proof-of-Work and Proof-of-Stake are two best-known algorithms for achieving consensus in cryptocurrencies.

Most likely, in the childhood you were encouraged for achievements. If you finished the semester with excellent marks, you’ll get a bicycle. The Proof-of-Work algorithm would act as a diary in such a case – as a proof that you coped with your task.

The Proof-of-Work algorithm provides that the work must be done for a long time, and the encouragement is to appear quickly. A bicycle can be bought in a matter of hours, but it would take six months to learn how to ride it well. The same goes for mining: it takes months to find hash, while the reward comes almost instantly.

Unlike PoW, the Proof-of-Stake protocol mechanism is completely cryptocurrency concept. For PoS a powerful argument of consensus is the number of coins in the electronic wallet. The more currency, the higher probability of successful mining. For example, for a 1 bitcoin owner, the probability of opening the next hash is 1%, and so on.

One of the main advantages of Proof-of-Stake is complete independence from the amount of processing power, which significantly reduces the risk of Attack 51.

It is a possible scenario of events, in which 51% of the computing power will fall under the control of one of the miners or the whole group. Theoretically, Attack 51 gives full control over the network. It means that every client program on the network believes in the confirmed block of transactions of the attacking party and gives free rein to the monopolists for the purposes as follows:

For instance, in August 2016, blockchains of the Krypton and Shift cryptocurrencies were subjected to Attack 51. Responsibility for them was taken by a hacker group 51 Crew. As a result, scammers made a double waste of currency on the Bittrex exchange, stealing about 22 000 coins from both networks.

Mining pool is a team of miners, teamed up to receive a reward. Even if the power of the device is small, the participant will still get a share of total earnings according to the energy costs.

The first pool for mining is Bitcoin.cz, known among miners as SlushPool. The community was created in 2010 by the Czech programmer Marek Palatinus, and at that time the capacity of cryptocurrency production was up to 10 GH/s. Currently, this speed seems to be low, but then it allowed to earn tens of thousands of dollars a day on mining. As of 2018, SlushPool remains one of the most popular pools.

At the same time, according to BTC.com, the largest pool is F2Pool, having 13.2% of all capacities in the world.

The main rule for the existence of mining pools is decentralization. None of its participants should have the computing power of more than 50% of that of the entire community. The same applies to pools in general: no one can accumulate more than 50% of the capacity of all existing ones.

However, exceptions occurred. In July 2014, Ghash.io for a short period of time gained control over 55% of the capacity of the Bitcoin network. Although the mining pool voluntarily reduced its own capacity to 40%, the bitcoin rate fell by a quarter at that time.