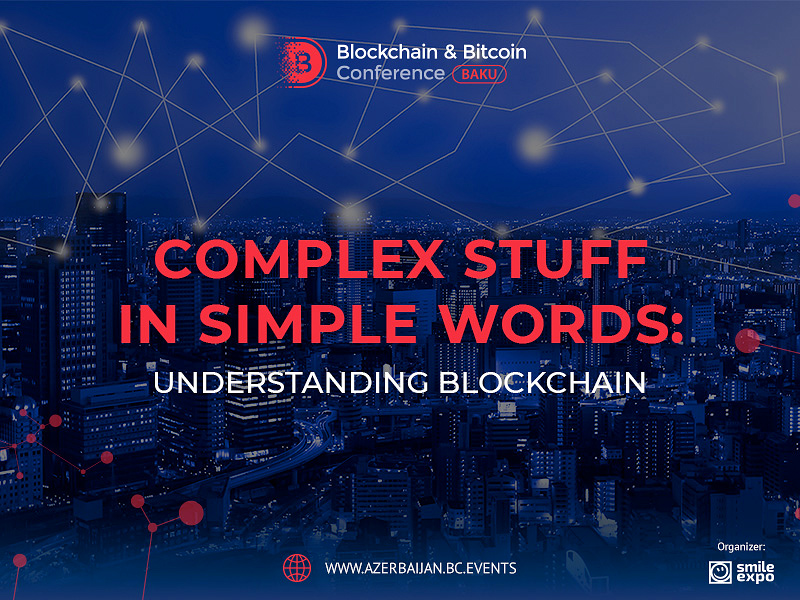 Analytics company PwC forecasts that 77% of financial markets will shift to blockchain by 2020. It means that many people will be using the hyped technology, not only workers of financial organizations, but also ordinary citizens.

Meanwhile, many people still wonder how blockchain emerged and how it works. Why is everyone talking about it over the last several years? Is it true that blockchain will replace the Internet and electronic payment systems? We will answer these questions and tell about blockchain in the simplest terms.

Blockchain represents a big database developed according to definite rules. In the real-life world, a card catalogue in the bibliographic department is an analogue of blockchain: a huge volume of information arranged according to a unified system.

Just as the filing cabinet consists of drawers, so blockchain consists of separate computers. They comprise a peer-to-peer network via the Internet and data is distributed between all participants. If one or several computers drop out of the network, data is not get lost. Torrents, which also belong to peer-to-peer networks, have the same operating principle: one user stops seeding a torrent, but others keep doing it.

The system of data organization in blockchain represents a chain of blocks: information is organized in structural units; all of them are connected and refer to each other. If you want to know how this connection is built and why records cannot be changed in blockchain, watch this video.

The first functional blockchain was launched by Satoshi Nakamoto. It is a nickname of a person or a group of people; nobody knows who hides behind it. Like in case of any significant invention, developments of other people preceded Satoshi’s blockchain. In particular, the idea of a chain of blocks appeared several years earlier.

Satoshi became well-known thanks to his notorious statement: his blockchain is a new global currency. He called his development a Bitcoin; currently, it is a buzzword for millions of people.

How does cryptocurrency work?

The most interesting fact about Bitcoin: it does not exist. There is no program or code that could be called Bitcoin as such. Cryptocurrency is just an array of records in the electronic ledger: who and when made a transfer.

Here is how it works. Let’s say you lent Vasya 200 rubles. On the following day, your colleague Petya has a birthday and everyone decides to give 200 rubles each to make him a present. You think about the debt and ask Vasya to give money instead of you. But he suddenly remembers that your mutual colleague Sasha asked him to buy cinema tickets for 500 rubles a week ago and did not return the money. Therefore, Vasya asks Sasha to give money instead of you and himself, and give him the rest of 100 rubles.

In the end, neither Vasya nor you hold physical 200 rubles in your hands, but you still contribute your share to the present. That’s because participants kept the information in their minds concerning who, to whom, and how much money was lent (= made a transaction). The Bitcoin network uses the same principle: you own a cryptocurrency, because it is known that coins were transferred to your wallet from other accounts. However, corresponding data about the transaction is stored not in the memory of participants, but recorded in the system as a chain of blocks. It is a secure depositary, as data cannot be changed. To provide a possibility to access the wallet and make transfers, blockchain applies a secure authorization system with the use of private and public keys.

What else can be stored on blockchain?

Not only Bitcoin, but other cryptocurrencies as well rely on blockchain: Ethereum, Ripple, Dash, and others deploy their own blockchains.

However, a chain of blocks can be used not only for payment systems; other data can be stored there as well. There can be different types of distributed ledgers: land registries, medical cards, citizenship and residency data. Blockchain can be “assigned” to electricity supply networks and selling programs. Furthermore, the system is built in a way that data about the creation and transfers of records is transparent, and the information itself is protected with a key.

For instance, everyone will know that doctor Sidorov provided treatment for patient Sasha and made records in his blockchain-based card. However, only Sasha and doctor Petrov, to whom Sasha will be sent for treatment in 2019, will be able to read those records.

Thanks to blockchain, information does not have to be verified additionally – with signatures, seals, or notarization. That’s why blockchain allows reducing the price of any services both private and public. And for that reason blockchain is much talked about today, as the favorite topic of all people is how to save money.

Why isn’t blockchain used in our everyday life yet?

Despite the interest in blockchain, not all countries and corporations are ready to integrate it right now. The main reason is that the technology requires enhancement and studying. Today thousands of startups all over the world are involved in the development, launch pilot projects. Hyperledger, a global consortium, aims to support and promote blockchain. It consists of more than 200 big companies, including Sberbank, Moscow currency exchange, Deutsche Bank; corporations Airbus, Huawei, Hitachi; tech giants IBM and Intel. Members of the consortium conduct their own researches on blockchain or participate in the testing of projects.

It looks like blockchain will be massively adopted in some fields of our life in 3-5 years, as it already happened to the Internet and electronic wallets.

What will blockchain change personally for me?

Blockchain enthusiasts say that the implementation of the technology will help to eliminate corrupt practices in the public sector, reduce prices for state services and bank fees. Closing deals involving expensive products such as cars, flats, land lots will become simpler. It will be impossible to counterfeit voting results; change records in medical cards and cadastral registers using some past dates.

Time will show whether that is true. Let’s not forget that any action gives birth to a counteraction and technologies have failed to eradicate bureaucracy and corruption in the 21st century. However, even today one can assess the convenience of some blockchain-based services: for instance, receiving a cryptocurrency transfer from any part of the world. The transaction will take some seconds and will not require paying high fees.